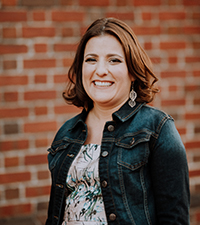 Sara Goldrick-Rab is also Founder of the Hope Center for College, Community, and Justice in Philadelphia, as well as the Wisconsin HOPE Lab. She is best known for her innovative research on food and housing insecurity in higher education, having led the three largest national studies on the subject, and for her work on making public higher education free.

She is the recipient of the William T. Grant Foundation’s Faculty Scholars Award and the American Educational Research Association’s Early Career Award, and in 2016 POLITICO magazine named her one of the top 50 people shaping American politics. Her latest book, Paying the Price: College Costs, Financial Aid, and the Betrayal of the American Dream (University of Chicago, 2016), is an Amazon best-seller and a 2018 winner of the Grawemeyer Award, and has been featured on The Daily Show with Trevor Noah. The Chronicle of Higher Education calls her “a defender of impoverished students and a scholar of their struggles,” she is ranked 6th in the nation among education scholars according to Education Week, and in April 2018 the Carnegie Corporation awarded her the Carnegie Fellowship.