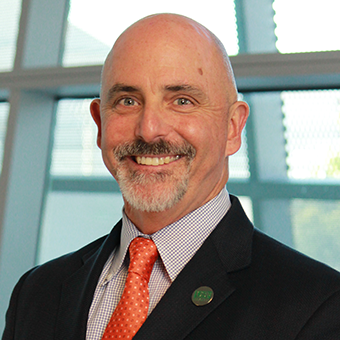 Paul Ayres joined the Center for Advanced Medical Learning and Simulation (CAMLS) team in September, 2011 as director of marketing and business development. His responsibilities include the development of business relationships with various associations, industry partners and the healthcare community to encourage them to utilize CAMLS for hands on learning and simulation.

Prior to joining CAMLS, Paul worked with the Tampa Downtown Partnership, a business improvement district organization, as director of marketing and business development. His responsibilities for the Partnership included the development and implementation of public relations and marketing strategies that position downtown Tampa as the premier location for people to enjoy, launch a project, or open a business.

Paul has held positions with Hyatt Hotels & Resorts and The Florida Aquarium and aided in the creation and implementation of various marketing and sales efforts. Paul has been a presenter on marketing initiatives he has developed and received national recognition for his programs.

Paul is a native of Richmond, Virginia. He resides in Valrico, FL. He is married and has four boys.