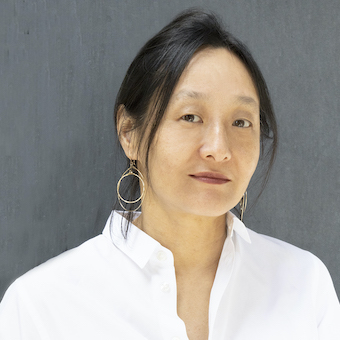 Alice Kimm, FAIA is co-founder of John Friedman Alice Kimm Architects (JFAK) in Los Angeles. JFAK designs places that influence people’s experiences, creativity, and everyday lives, for individuals and entities who understand the power of buildings and environments to inspire, communicate, and elicit joy. Since its founding, the firm’s award-winning work has spanned schools, university centers, creative commercial ventures, housing, and civic spaces and monuments.
A Fulbright Scholar, Alice holds a B.A. in Economics from Cornell and an M.Arch. from Harvard. She is a longtime educator who served as Director of Undergraduate Architecture at USC from 2010-2014. Alice was named a 2004 Emerging Voice by The Architectural League of New York alongside her partner and husband John Friedman, and was elevated to the College of Fellows of the American Institute of Architects in 2010. She was selected to deliver a TEDx talk by the Fulbright Association in 2015, is a frequent lecturer and panelist, and has been a guest on Southern California Public Radio, Charter Spectrum TV, and BBC Radio 4.