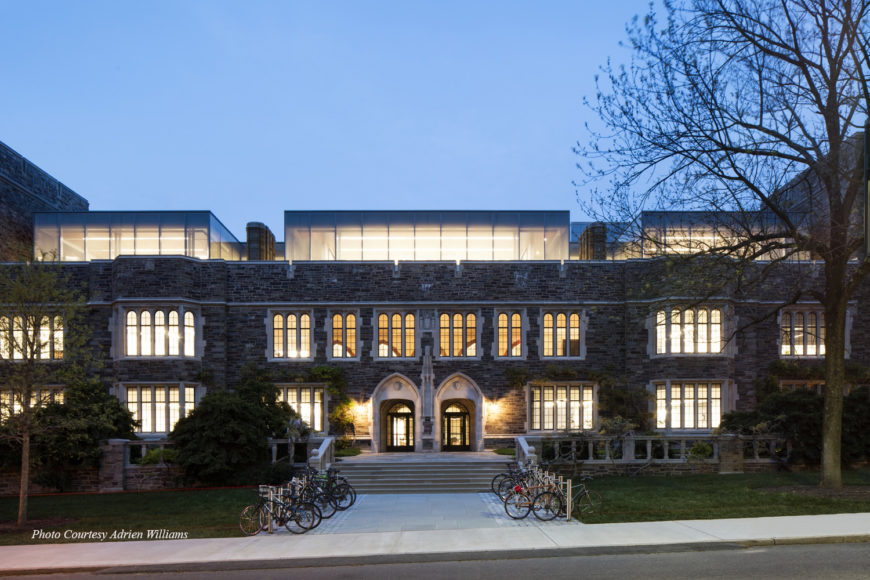 Jury Comments
". . . I like the discussion of introverted and extroverted departments . . . the little glass roof that faces Washington Road is compelling . . . beautiful inside . . . I like the concept of the building being a microcosm of the campus . . ."

This project reinforces Princeton University’s commitment to evolving its physical campus through the preservation and adaptive reuse of its existing resources to continuously foster scholarly and collegial exchange. It involved the reimagination of a heritage landmark, the Frick Chemistry building (1929), and its later additions as an interdisciplinary research and learning hub for the Department of Economics and a series of international programs. A priority was to give each program its own identity within the whole. This was achieved by giving each department its own space and entrance.

To transform the monolithic Collegiate Gothic style building into an inviting destination and vibrant hub, the design was conceived as a microcosm of Princeton’s campus. The courtyards and quadrangles that characterize Princeton’s campus are reinterpreted in a series of light-filled atria and generous hallways that invite gathering and repose between study and research. This project took a historically significant building and transformed it for a new use. The structure’s interior was renovated extensively, while the historic character of the exterior of the building and of some primary interior spaces, such as the entry and the second-floor library, were preserved.

One of the greatest challenges was to build consensus between two very different stakeholder groups—the introverted Departments of Economics and the extroverted Institute for International and Regional Studies, and a total of fifteen units which had never worked together. To do this, three advisory committees were formed. 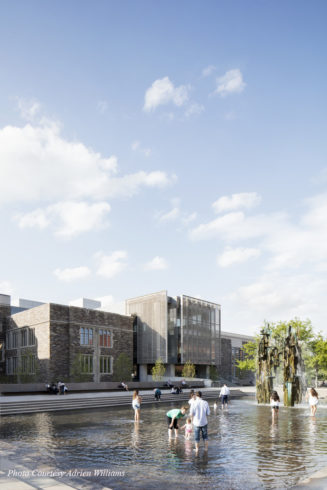 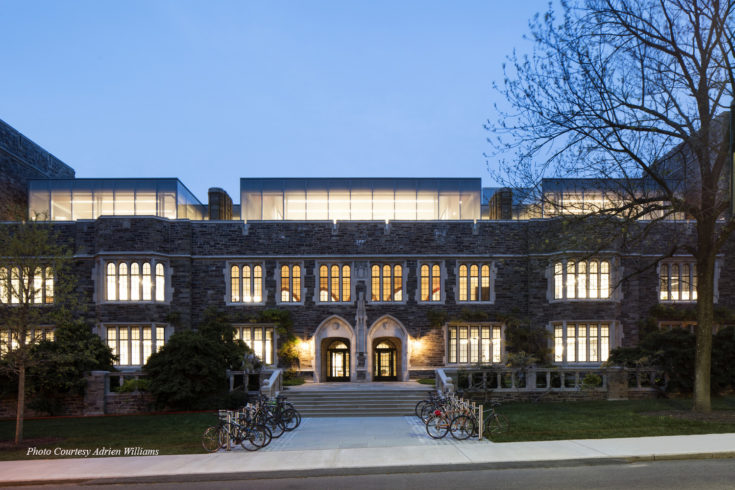 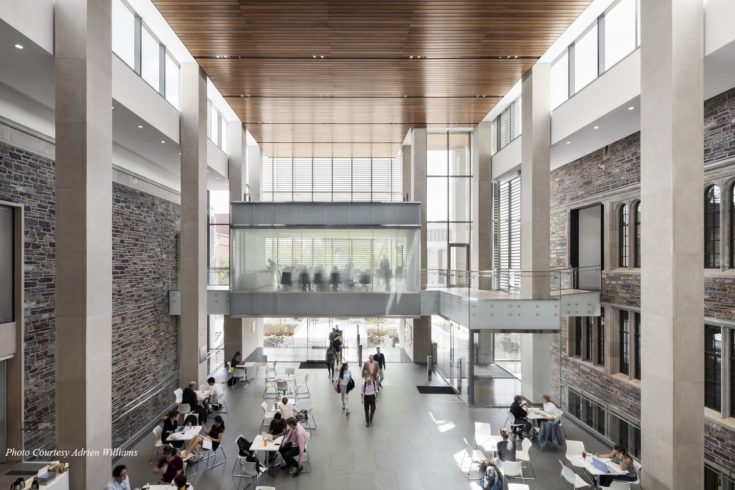