Registration for this event is sold out.

“The mission of the University of Michigan is to serve the people of Michigan and the world through preeminence in creating, communicating, preserving and applying knowledge, art, and academic values, and in developing leaders and citizens who will challenge the present and enrich the future.”

Founded in Detroit in 1817 and moved to Ann Arbor in 1837 when Michigan was granted statehood, the university is now comprised of the Central, North, South, and Medical campuses in Ann Arbor, regional campuses in Flint and Dearborn, and its Detroit Center opened in 2005. Nearly 600 major buildings with more than 34 million gsf reflect UM’s stature as one of the premier public research universities in the nation.

The Central Campus is home to a number of schools and colleges including the College of Literature, Science, and the Arts; most of the graduate and professional schools; and several well-regarded museums. Detroit-based architect Albert Kahn designed more than a dozen Central Campus building from 1904-36. In response to rapid post-war growth, the university purchased farmland across the Huron River from the Central Campus and, in 1951, engaged Eero Saarinen to develop a master plan for the new campus. The North Campus became the home for the College of Engineering, with new buildings devoted to both instruction and research.

This symposium will focus on recent mission-driven facilities initiatives intended to strengthen and revitalize University of Michigan’s (UM) central and north campuses, each of which presents unique planning challenges and opportunities. We will discuss how we incorporated the College of Engineering’s new buildings devoted to instruction and research into the North Campus (originally planned by Eero Saarinen in 1951). We will also share how we combined classrooms, laboratories, and museums into the new Biological Sciences Building on UM’s Central Campus. University leaders will provide an overview of these initiatives, and tours of the College of Engineering and the newly completed Biological Sciences Building will demonstrate the fruits of the university’s attention to its mission.

The Biological Sciences Building (BSB)
Opened for fall classes in 2018, and to the public in April 2019 with the university’s Museum of Natural History – the BSB was built with a focus on learning, innovation, and collaboration. It houses 4 classrooms, 84 laboratories, and 2 research centered museums in Zoology and Paleontology. Strong emphasis was placed on open spaces to inspire and promote creative collaboration among researchers. It was also designed so public visitors to the university’s Museum of Natural History will see researchers in action, displaying science in action.

Join us for a stimulating day of engagement and networking in a vibrant campus setting.

The symposium will be held at Pierpont Commons on the University of Michigan Campus. 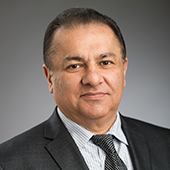 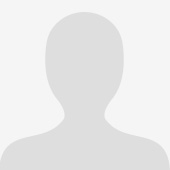 Sue Gott, Campus Planner, will share the results of the university’s mission-led initiatives.

Tour 1: College of Engineering (on foot) with John Keedy

Please note that the closest parking lots are marked with an arrow on the north campus map above. The sections of the lots in red are the designated visitor parking areas.

Note: SCUP does not have a discounted block at any of the following hotels nor does SCUP endorse any of these hotels.