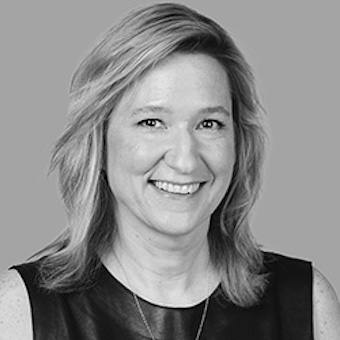 Suzanne Musho, AIA, NCARB, joined New York Institute of Technology as chief architect and vice president for capital planning and facilities management in December 2019. A seasoned professional and registered architect in New York, New Jersey, and Florida, she has more than 25 years of experience in strategic planning, construction management, design, and capital budgeting. Her portfolio of projects includes museums, health care, corporate headquarters, government facilities, and other high-profile buildings throughout the New York metropolitan area and beyond.

In 2000, Suzanne founded Musho Architecture and Design, a New York City-based firm that specializes in commercial, residential, health care, and hospitality design. Since 2015, she has served as a vice president at Zubatkin Owner Representation, where she was responsible for multiple capital projects at the American Museum of Natural History, including its new building—the Richard Gilder Center for Science, Education, and Innovation. Suzanne also led the new Jackie Robinson Museum project in New York City.
Prior to Zubatkin, Suzanne was chief architect and director of facilities and operations at The School at Columbia University, an independent K-8 school founded in 2003. There, she oversaw the renovation of the intermediate and middle divisions and served as chief project manager for The School’s primary division and music school.

Suzanne earned her Bachelor of Arts in Psychology with a minor in Design at the University of Buffalo, where she also earned a Master of Architecture. In addition, she has an M.B.A. Entrepreneurship Certificate from the NYU Stern Berkeley Innovations Labs as part of the MWBE Strategic Steps for Growth Program. Suzanne is also a frequent public speaker, her work has won numerous awards, and she has been featured in several publications.