The SCUP office will be closed starting at noon (eastern) on Friday, May 27 - Monday, May 30. Let us remember and honor all of the heroes who have served our country! Happy Memorial Day. 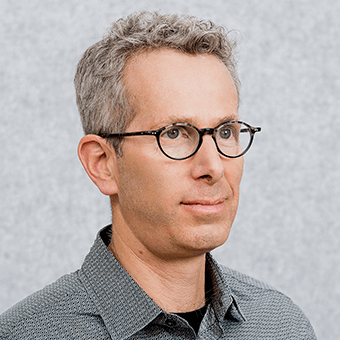 Architect Steve Wiesenthal, FAIA, is Principal in charge of Studio Gang’s San Francisco office, where he guides teams in articulating and translating project visions into physical reality. His current projects include a unified campus for the California College of the Arts in San Francisco and the renewal of Kresge College at the University of California Santa Cruz. Steve is energized by campuses that are devoted to the creation, questioning, and dissemination of knowledge and he has gained national recognition as a connector—of people and places, insight and architecture—in the spirit of community.

Prior to joining the Studio, Steve worked for more than twenty-five years as a university architect, leading the development and operations of the built environment during periods of significant growth at the University of Chicago, the University of California San Francisco, and the University of Pennsylvania Medical Center. At both UChicago and UCSF, Steve initiated their first campus-wide environmental sustainability programs. Early in his career, he worked for six years with influential designers Venturi, Scott Brown and Associates.

Steve was elected 2021–2022 Board of Directors Chair for the Society for College and University Planning (SCUP). He also serves on the board of the Experimental Station (an organization devoted to building independent cultural infrastructure on Chicago’s South Side), the University of California San Francisco Design Advisory Committee, and the University of Maryland School of Architecture, Planning & Preservation board. He is a member of the Association of University Architects, Lambda Alpha International, and a former chair of the Association of American Medical Colleges (AAMC) Group on Institutional Planning. Now living in Berkeley, Steve is an avid bicyclist—his ideal pace at which to absorb and reflect on the world.