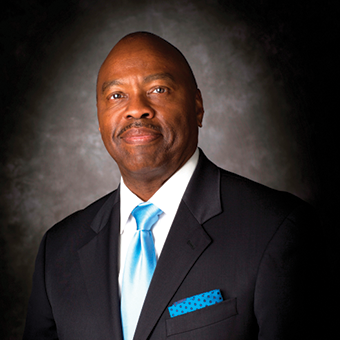 Phillip A. Washington was nominated by Denver Mayor Michael B. Hancock and unanimously confirmed by the Denver City Council as chief executive officer (CEO) of Denver International Airport (DEN) in July of 2021. In 2021, DEN was the world’s 3rd busiest airport by passenger traffic. Under his leadership, DEN announced the Vision 100 strategy to prepare and improve the airport’s facilities and operations for the anticipated 100 million annual passengers within 10 years. DEN remains the region’s largest economic engine, generating $33.5 billion in annual regional economic impact, and having more than 30,000 badged employees, 25 air carriers, and 170 concession locations.

Prior to Washington’s arrival at DEN, he was the CEO of the Los Angeles County Metropolitan Transportation Authority (Metro) from 2015 to 2021. At Metro, Washington managed a balanced budget of more than $8 billion and provided oversight of an agency with 11,000 employees that transported 1.2 million boarding passengers daily on a fleet of 2,200 clean-air buses and six rail lines.

Washington also served as the CEO of Denver Regional Transportation District (RTD) between 2009 and 2015 and worked as the assistant general manager of RTD for nearly 10 years before being named CEO. In Denver, he led and implemented the FasTracks program, one of the largest voter-approved transportation expansion programs in the country.

Originally from the South Side of Chicago, Washington is a 24-year veteran of the U.S. Army, where he held the rank of Command Sergeant Major, the highest non-commissioned officer rank an enlisted soldier can achieve. He retired from active duty, is a disabled veteran and was awarded the prestigious Defense Superior Service Medal for exceptional service to his country.

He holds a BA in Business from Columbia College, an MA in Management from Webster University.