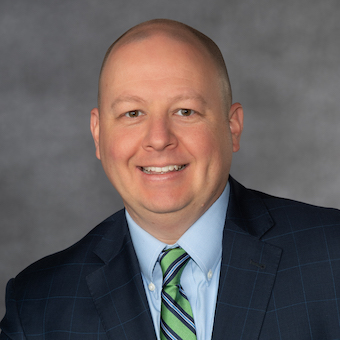 After receiving his Master of Urban and Regional Planning degree from Virginia Commonwealth University (VCU), Jeff served in various roles with the City of Richmond Department of Planning and Development Review, first as a Land Use Planner and later as the Secretary to the City’s Urban Design Committee.

Drawn to the challenge of planning for an urban university with over 31,000 students and 16,000 employees on two downtown campuses, Jeff joined the Planning & Design Division of VCU Facilities Management in 2016 as the University Planner. In this role, his responsibilities include conducting facility planning and programming studies, serving as a principal liaison with university leadership, stakeholder groups, and with the City of Richmond on issues relating to facility planning.

Jeff led the ONE VCU Master Plan process, which was adopted by the Board of Visitors in 2019 and is the first master plan in VCU’s history to create a shared vision for both VCU and VCU Health System, identifying common goals and providing an evidence-based vision for VCU’s physical development.

Jeff is a 2019 graduate of the Grace E. Harris Leadership Development Program and received the 2019 VCU President’s Award for Outstanding Achievement for his leadership of the master plan.