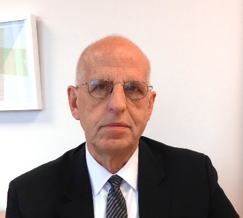 George Zdru was the Director of University Planning at Yale University until his retirement in 2018. During his nineteen years at Yale he served first as director of planning and project management at the School of Medicine and upon Yale’s acquisition of the West Campus he undertook its planning as well, eventually overseeing the planning of Yale’s all three campuses. Prior to joining Yale, Zdru had a varied architectural career in New York City and Connecticut both as sole proprietor and associate partner. During his time in New Haven he has been a member of the board of directors in numerous cultural non-profit institutions. Zdru received a Bachelor of Architecture degree from Virginia Tech.