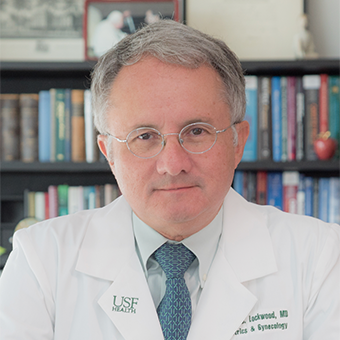 Dr. Charles J. Lockwood is Senior Vice President for USF Health, Dean of the Morsani College of Medicine and Professor of Obstetrics & Gynecology and Public Health at the University of South Florida. He serves as an Executive Vice President at Tampa General Hospital.

Dr. Lockwood’s research has been funded by over two decades of federal and foundation support, publishing over 300 peer-reviewed publications. He has been named to national and regional “Best Doctors” lists annually since 1995, and has received multiple research awards including the SRI’s Distinguished Scientist Award, the NICHD Frontiers in Reproduction Beacon Award and the SMFM Lifetime Achievement Award. He is a recipient of the U.S. FDA Advisory Committee Service Award and ACOG’s Public Service Award for his “enduring commitment to women’s health.” He has been elected to the American Association for the Advancement of Science (AAAS) and the U.S. National Academy of Medicine.