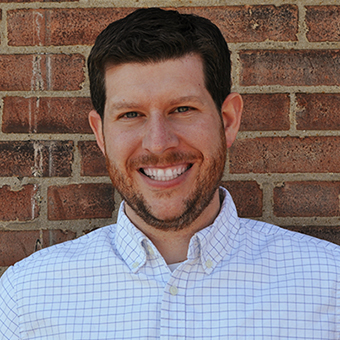 He has worked in the community development field for over 17 years, and started in his current position as the Executive Director for the Midtown Redevelopment Corporation in the spring of 2017 to lead the revitalization effort for the Midtown area.

Prior to coming to SLU, Goedeker served as the executive director of Park Central Development, a nonprofit organization that promotes development in the city’s central corridor, including The Grove and parts of the Central West End. In that role, he oversaw approximately 50 percent — or $2.2 billion — of all construction projects in the city of St. Louis between 2013-2017.

Goedeker also has served as a community development manager with the Washington University Medical Center Redevelopment Corporation where he directed community initiatives related to social and human services, economic development, and public infrastructure, among other areas.

Beyond St. Louis, Goedeker has worked in communities across the country, including Philadelphia, Memphis and Minneapolis, as a project manager with Urban Strategies — a St. Louis-based nonprofit that specializes in human services development and neighborhood revitalization.

As executive director of the redevelopment corporation, one of Goedeker’s primary responsibilities is to bring in other parties to invest in a nearly 400-acre area around and between SLU’s north and south campuses. He also develops land-use plans, review development proposals and work with public officials, among numerous other duties.