The SCUP office will be closed Friday, July 1 at noon eastern through July 4.
We hope you all have a wonderful and safe 4th of July holiday.
About | Awards | SCUP Excellence Awards
Honor - SCUP Excellence in Architecture for a New Building

University of Texas at Austin 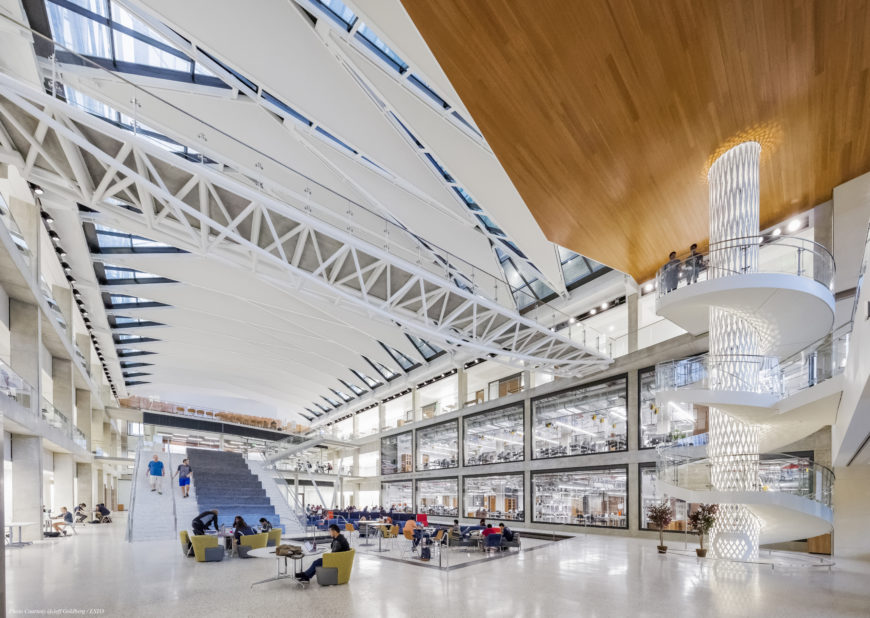 Jury Comments
". . . I like that they created both an indoor and outdoor space . . . integral campus passage becomes part of the space . . . the design stimulates engineering . . . "

The Cockrell School of Engineering, limited by outmoded facilities, sought to revitalize itself with a new building that would house an entirely new interdisciplinary approach to teaching and research. The EERC houses a host of programs intended to attract all engineering students, faculty, and staff. Present in the building are programs previously absent in the Cockrell School, including a café, an innovation center, a media center, an advanced makerspace, an auditorium and conference center, a student organization center, and a suite of indoor study spaces and outdoor terraces. The inclusion of all of these state-of-the- art facilities in one unified building connects the previously fragmented engineering community.

The EERC is a sprawling project whose design involved a vast array of user groups. It required complicated modifications to the campus and complex make-ready work, including phased swing space, major demolition, and fundraising to the tune of $100 million. The complexity of the project was the biggest challenge and would not have been successful without an integrated, open, and collaborative design process that included a carefully constructed “road map” at the outset.

The entire planning process was engineered to ensure alignment with the goals of the Cockrell School and the mission of the university. As a result, the EERC has instantly begun to transform the Cockrell School, fostering community, generating improved campus circulation patterns, activating previously inert campus spaces, and creating momentum and optimism within the precinct. 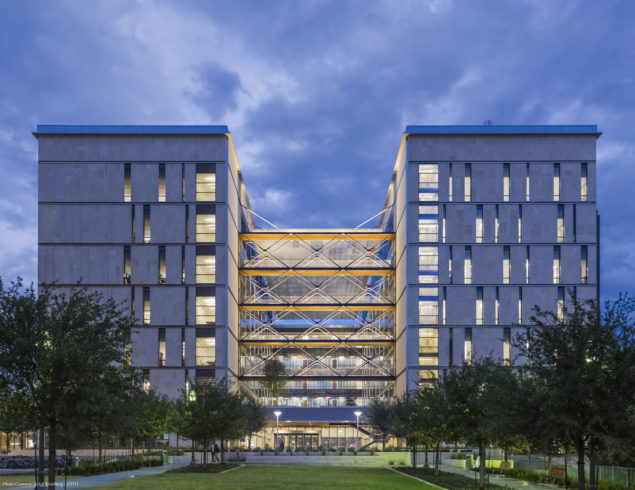 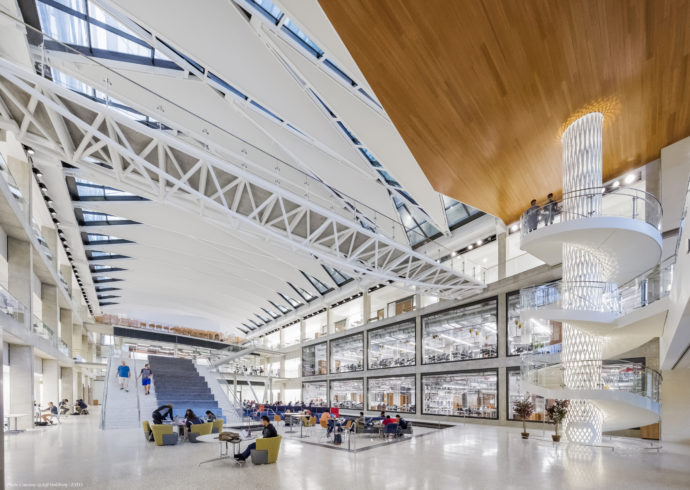 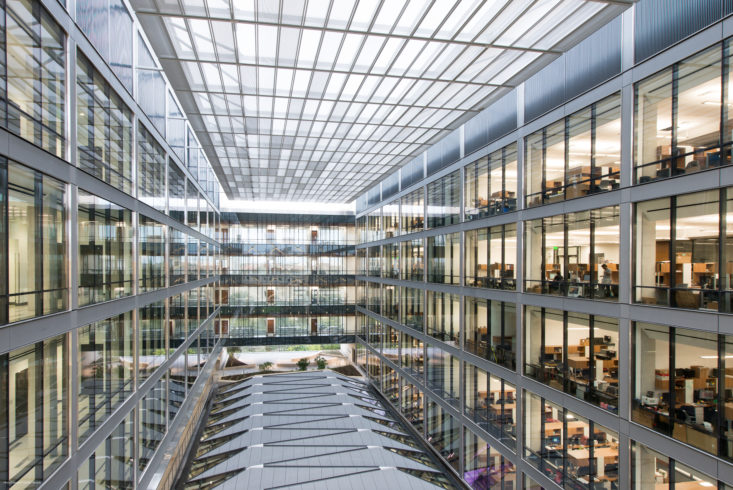