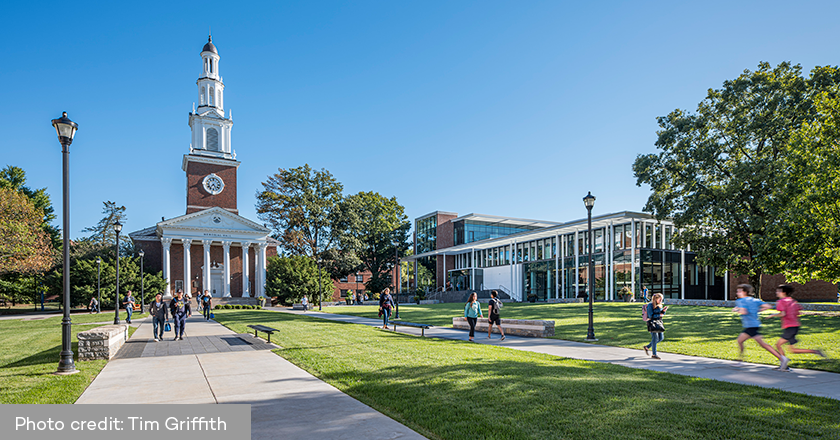 Jury Comments
“. . . the atrium and circulation were extremely successful . . . really sensitive to the campus context . . . fresh renovation without dominating and trying to be too austere from the campus historical context . . . very thoughtful approach . . .”

The 1965 law building was renovated in the 1970s, resulting in difficult corridors; dark, uninviting spaces; and a junior high school feel entirely inadequate for a 21st century legal education experience. The goal of the project was to transform the built environment and embody the college’s mission which underlines transparency and communication. Structural elements were added and deleted to create a central gathering hub and a four-story interior stairwell that floods with light from a new third floor, encouraging students to linger before or after class at the counters and benches integrated around its perimeter. Faculty also now enjoy sun-lit views from modernized perimeter offices. Respecting its relationship to campus context, the building’s canopied exterior and its brick façade reinterpret neighboring Memorial Hall’s Corinthian portico and form the school’s relocated entrance.