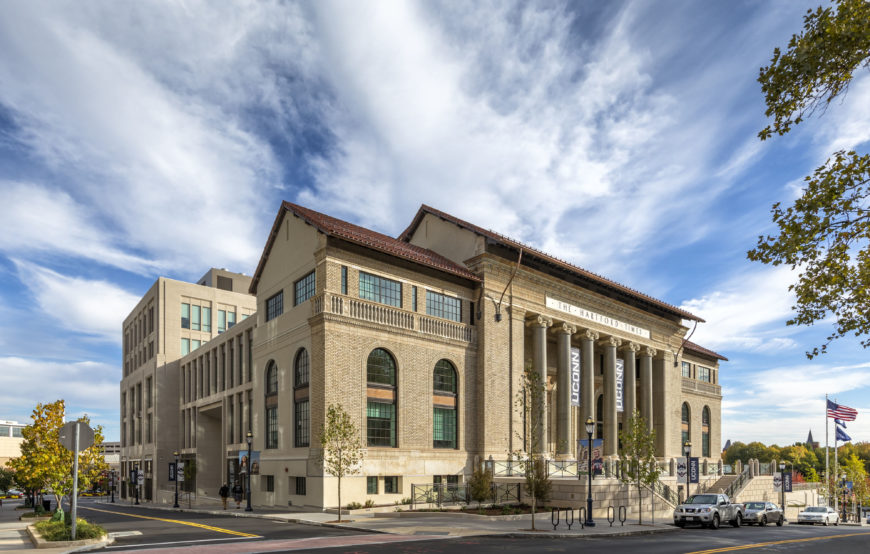 Jury Comments
. . . deserve credit for taking outdated structure with value to community and making it their own . . . architecture respectful of the existing . . . created a space, made a sense of campus where none existed, acts as impetus for other development around it . . .

The University of Connecticut sought to relocate their West Hartford campus, which was dominated by outdated structures, to the city of Hartford. The university eventually won the rights to redevelop a vacant site in the center of Hartford. The ambitious move called for a new urban campus that would continue revitalization efforts within the city’s Front Street District while providing new partnerships with area institutions to integrate academic programs and university spaces within the larger context of the city. The new campus provides all the elements of a traditional campus in a single block.

The new Downtown Hartford campus is the result of a close partnership between a private, Connecticut-based developer and the University of Connecticut. This unique partnership took the needs of both parties into account, assessing the needs of both the campus community and the Hartford community to determine how each could be served by the building.

The new campus continues the revitalization of Downtown Hartford’s Adriaen’s Landing District by restoring and repurposing the historic Hartford Times Building after nearly a dozen years of vacancy; enlivening Front and Arch Streets with much needed retail space; and accommodating 180,000 square feet of offices and meeting rooms for academic departments, classrooms, teaching laboratories, student and administrative spaces, casual dining, and social spaces. The campus’s forward-thinking integration with the city, sensitivity to historic structures, sustainability, and organization around courtyards and entryways sets the tone for further revitalization projects in Downtown Hartford.

To return the Hartford Times Building to pristine condition and properly incorporate it into the new campus, a meticulous restoration process was undertaken to restore the building’s plaster murals, terracotta roof, marble detailing, and decorative brick face, partnering with the highest quality craftspeople from the region. The restored building façade with its grand staircases and raised podium serves as the campus’s west entry facing City Hall Park. 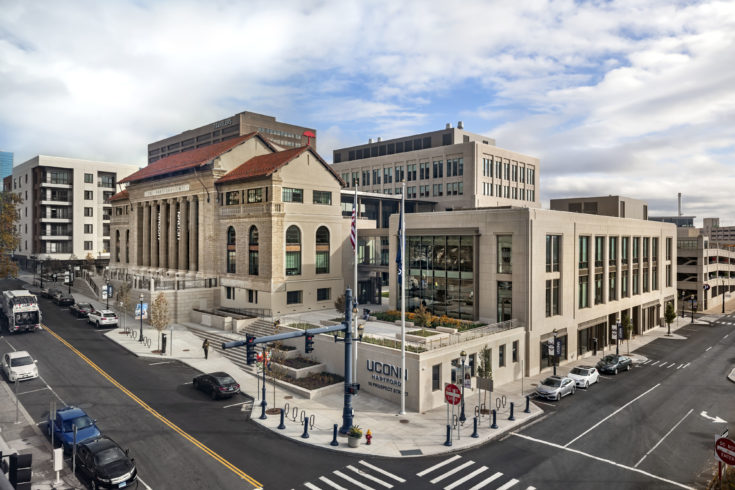 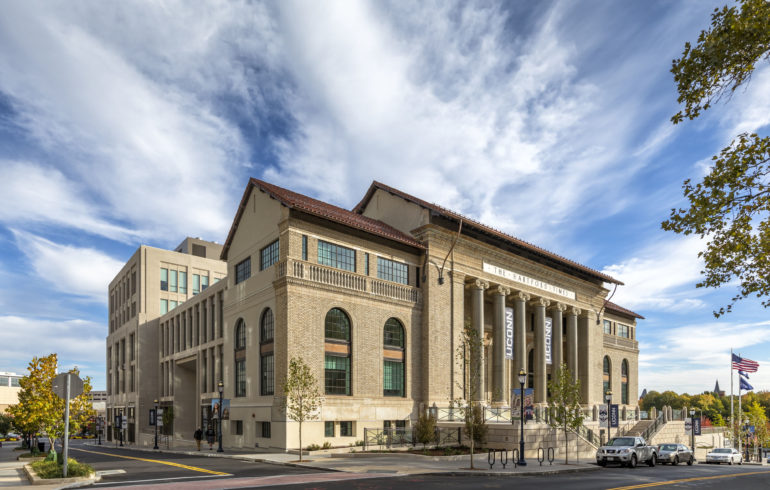 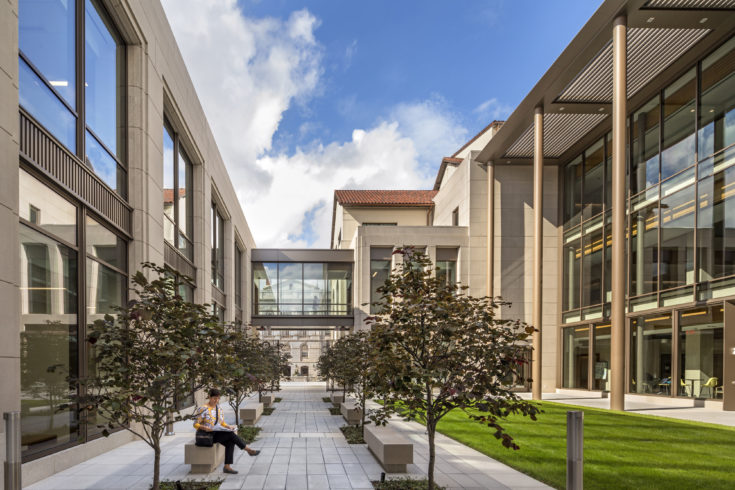