The SCUP office will be closed Friday, July 1 at noon eastern through July 4.
We hope you all have a wonderful and safe 4th of July holiday.
About | Awards | SCUP Excellence Awards
Honorable Mention - SCUP Excellence in Architecture for a New Building 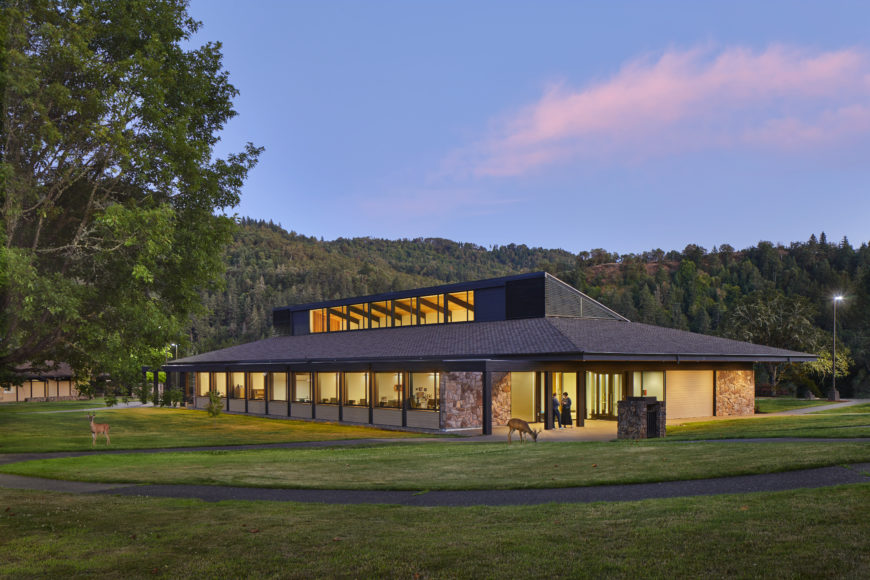 Jury Comments
. . . respect the fact this campus has a degree of uniformity they want to be a part of rather than change it . . . other buildings are closed off and not transparent, the spirituality of trying to open this up on a main quad and respecting the context of everything else showed a very light, very sensitive hand . . .

In the wake of a tragic incident at Snyder Hall where a gunman took the lives of eight students and one faculty member, the college needed help facilitating discussions with students, faculty, staff, and college administration regarding the future of the fifty-year-old classroom building, which was now associated with that heartbreaking and traumatic event. Through extensive discussion with the college community, including those who had been in Snyder Hall at the time of the shooting, it was clear that a full replacement of the building was the best outcome for the UCC community.

The replacement building needed to be a way of healing the scar from the tragedy and a chance for the school to rethink how they can promote academic success, opportunity, and wellness for their students. Every attempt was made by the design firm to create a building that is of the community and of the context—with spaces that are at once familiar but also transformative.

Taphòytha Hall’s interior circulation and transparency creates expanded visibility through entries that open themselves up to the Library and Science buildings, and to the larger UCC campus. The building provides a sense of security by repositioning the familiar elements of wood and stone into a safe environment while simultaneously providing direct visual connections and supervision. The clear passage from the building to the fountain, a feature element of the Campus Green, highlights the idea that the hall is closely connected to the rest of the school an essential part of the whole.

For a place that experienced such sadness, the new space feels like a safe haven. There’s a sense of calmness and connectivity, with the play of daylight and shifting shadows creating a cozy and inviting atmosphere. The building is literally see-through, with roof and exterior spaces that extend out blurring the lines between inside and outside, and between personal space and community space. 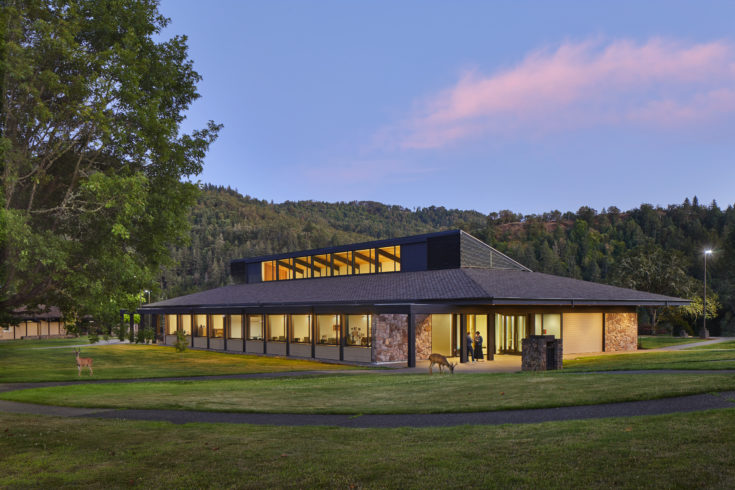 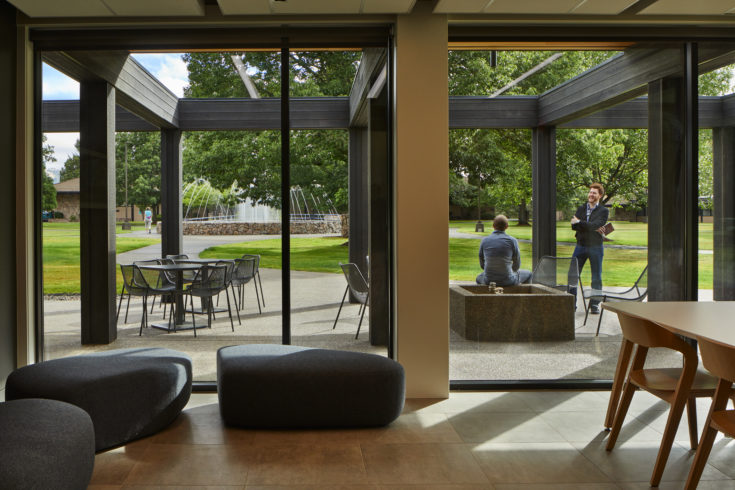 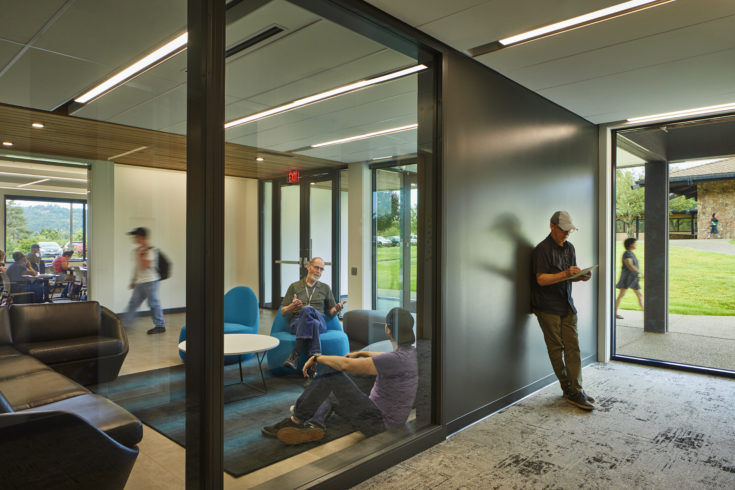