The University of Texas at Dallas

Jury Comments
“. . . vision of a major renovation of a landscape—very impressive . . .”

Over the years, the campus lost the natural landscape and creek corridors that historically graced the property, leaving it a collection of Brutalist buildings set within a sea of asphalt parking lots and expansive paved pedestrian pathways. The Campus Landscape Enhancement introduced numerous enhancements that would have a big, visible impact in a short time frame. Most significantly, the plan calls for the creation of new outdoor spaces to transform the public realm of the overall campus environment.

The first phase of work was designed to integrate the existing buildings and grounds of different eras and disparate design into a beautiful campus entrance and central mall while still allowing for future growth. Key components of Phase One included a formal southern campus entry, an entry drive, a contemporary version of the traditional campus quad, and a central plaza with a trellis at the core of the campus. The new southern entrance embraces a newly restored creek and has been planted with more than 2 acres of native woodland habitat including some 5,000 trees. Curb-cuts direct stormwater into the new woodland habitat, now recognized as one of the largest rain gardens in the Dallas region. The mall is almost 1,000 feet long and defined by a series of five rectilinear pools flanked by stately lines of columnar magnolias and walkways. The key components of Phase Two focus on an extension of the mall north to the Administration Building; complete reconstruction of major pedestrian paths; new pedestrian and bicycle paths that respond to the influence of the new student residential complex at the north end of the campus; and new public spaces for gatherings, study, and events.

What the campus enhancement project has produced is a bounty of restorative places that are stately and whimsical, wild and restrained, and, most importantly, memorable. Since the opening of the new landscape in 2010, 87% of students, faculty, and staff said it improved their perception of the campus and the university; 44% of the students surveyed stated that it influenced their decision to apply and enroll; and 70% of campus users said it improved the quality of life. 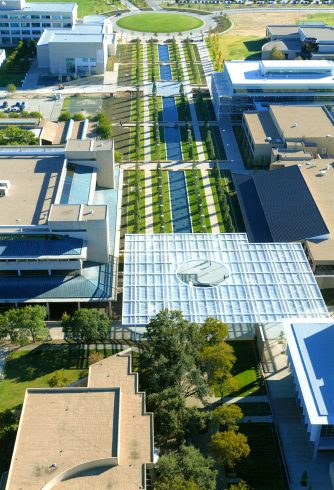 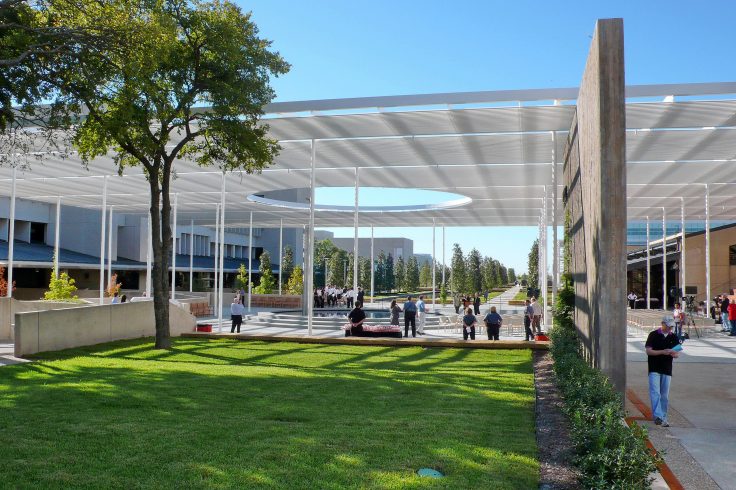