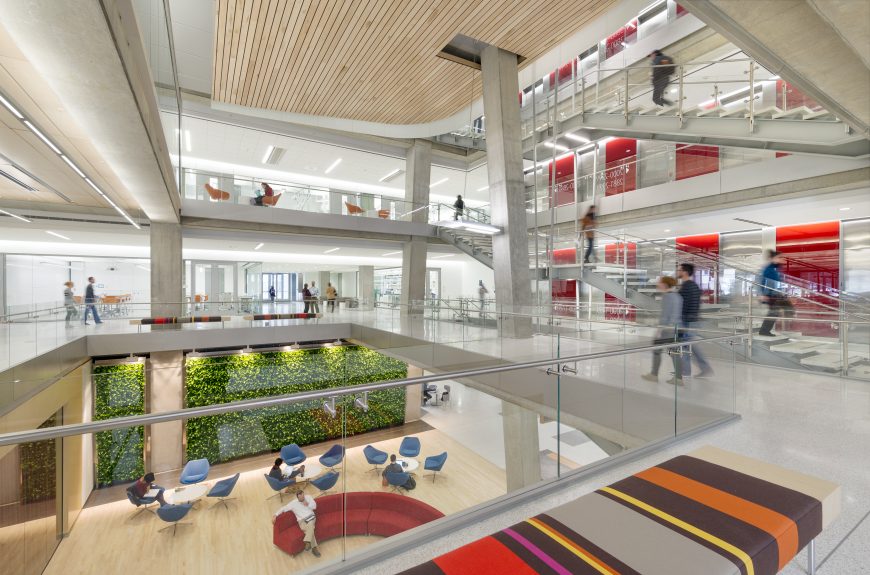 Jury Comments
“. . . fits into the high density . . . picks up on palette of neighborhood and campus . . . bold investments in an area the university is not necessarily known for . . . it’s a campus unto itself . . .”

Aligned with the university’s new Campus Master Plan, a decision was made to consolidate 12 old, inadequate science and engineering facilities into a new state-of-the-art building housing the engineering school, along with several science departments, core research facilities, and instructional laboratories. The SHE programming and design was quite a challenge due to its shear size of approximately 500,000 sf of gross program space and 8 levels above and 2 levels below ground, plus an additional 4.5 levels of parking. GW sought a building that would be distinct from the flat façades common to DC, convey the progressive program within, and be fully integrated with its context.

The building brings together research and teaching spaces previously spread across a dozen buildings, and nearly doubles the space on campus available to a variety of science and engineering programs. Multiple interdisciplinary program neighborhoods were developed to include research, teaching, offices, workstations, internal garden atria, and social interaction spaces. The local neighborhoods are connected to and collected centrally by the monumental stair, the building’s iconic glass-enclosed teaching tower, and the Hub, to physically and symbolically unite the upper floors into a singular community. Eight multi-story garden atriums, located at the building perimeter, internally and externally define the building’s local neighborhoods while connecting with the larger urban community of the campus. Through the use of sympathetic terra cotta materials, exterior glass wall systems, and massing, the SEH defines itself as a “university” building with projections and setbacks to form deep façades and articulations that allow extensive views into the building while successfully reconciling the scale and materiality of adjacent historic structures.

The SEH program and design has started to fulfill the university’s two-fold desire to declare its new strategic mission in science and engineering, and to serve as a hub for science and discovery in the DC metropolitan area. 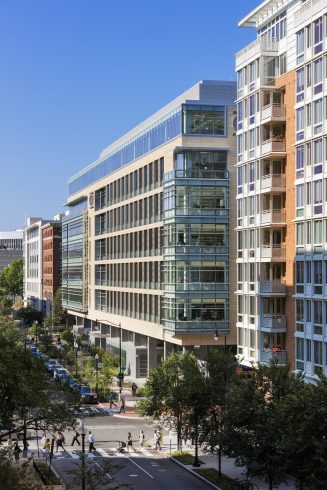 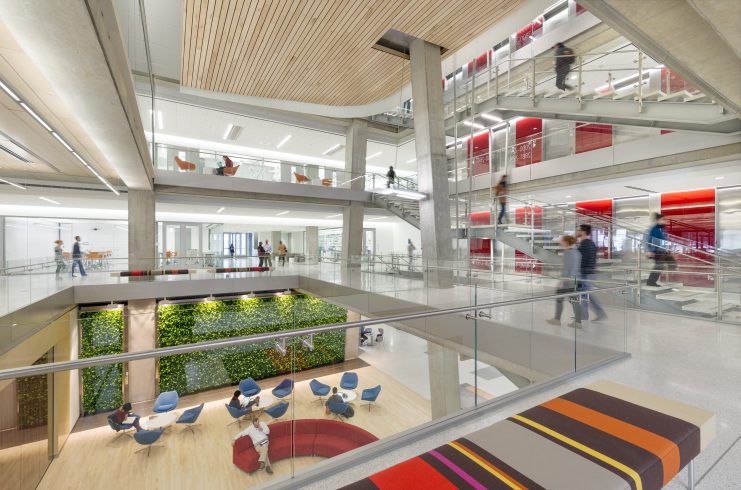 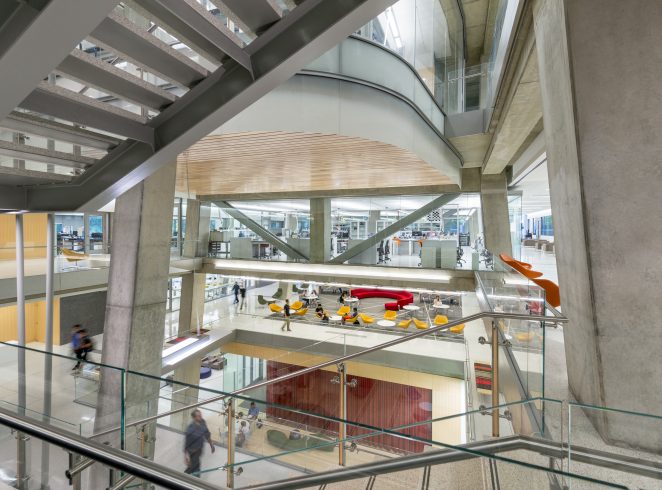