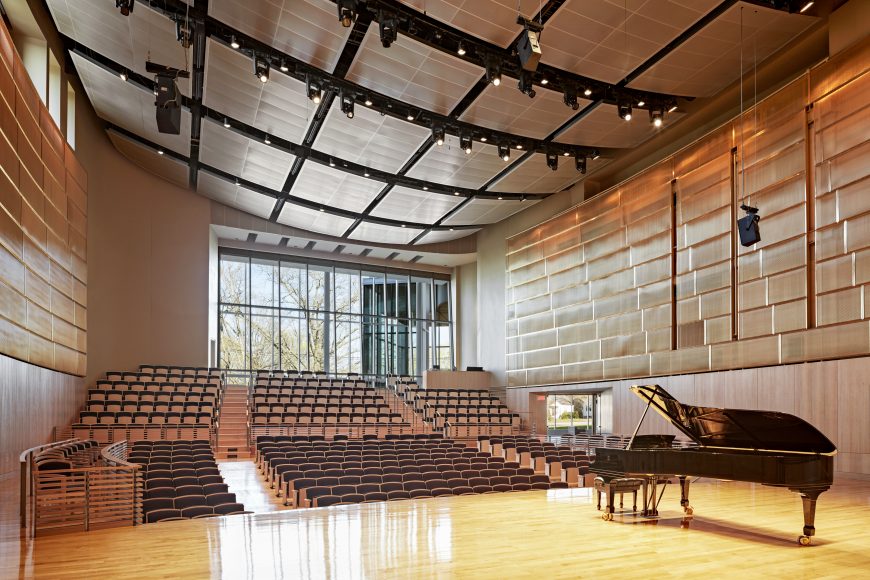 Jury Comments
“. . . elegant and straightforward auditorium . . . big move for a small school—they did it well . . . like the street that opens to the city and connects to the campus . . . they thought about the building at all angles—how to engage with the outside . . .”

Prior to the FAIC’s opening in 2016, all of the university’s arts programs were housed on the edge of campus in a building that was not specifically or properly designed to support these functions. The new building, sited prominently along the main road, showcases Eastern’s presence, facilities, and the creative work of its students, faculty, and guest artists to the town and campus.

The building creates a vibrant and open environment that fosters connections: between disciplines, among artists, between observer and artist, and between town and campus. The new building also responds to the key goals of the university’s 1997 master plan: to strengthen Eastern’s presence along High Street, to make connections to the new Student Center, and to create a new quadrangle. The site demanded a two-fronted concept that addresses the campus as strongly as it addresses the city. On the campus side, the building refines a new quadrangle and connects to the adjacent Student Center. The two fronts are connected by a highly active spine dubbed the Arts Street. The quad between the FAIC and the Student Center has become an active hub on campus, and is a constantly sought after venue for outside functions.

For many years, the university’s campus was hidden behind a row of single-family houses. With the new FAIC, the university now has a transformative, highly transparent and welcoming face to the city. 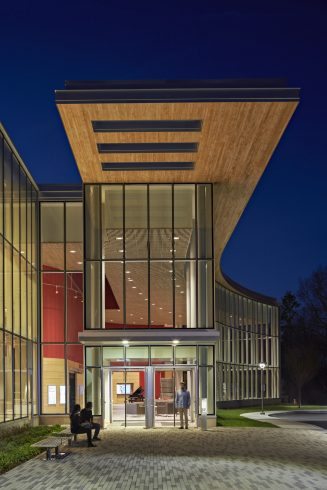 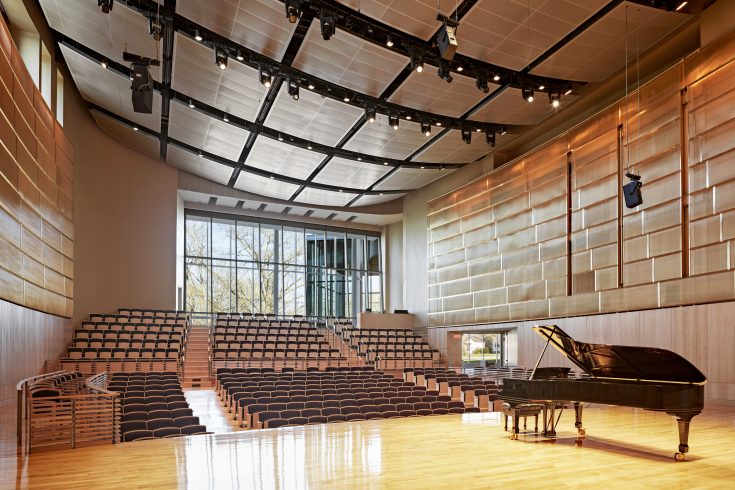 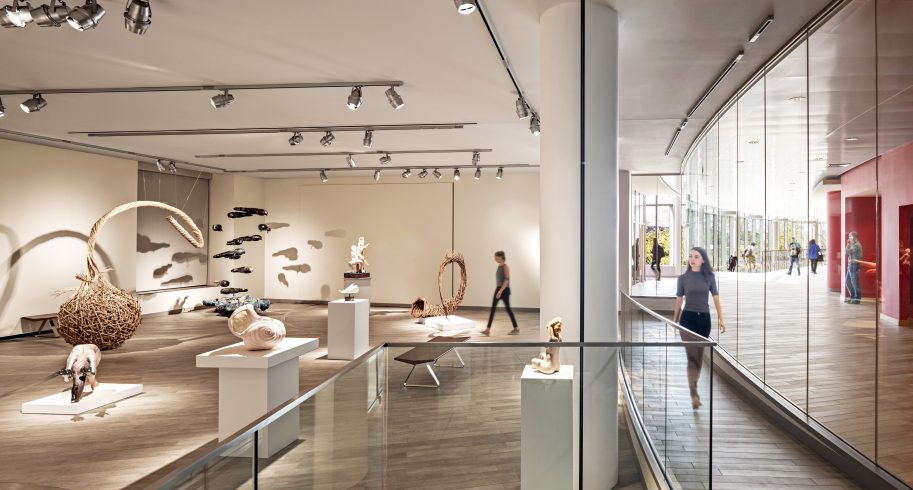