The Architectural and Planning Heritage of Texas Tech University 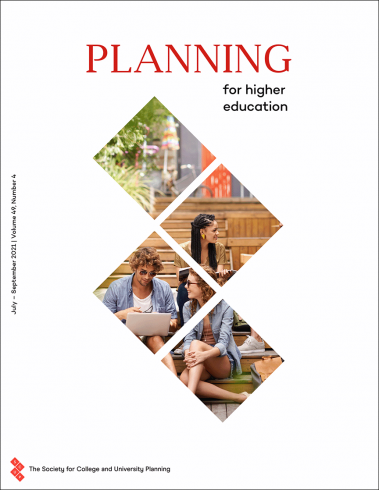 Related resource: Steve Wiesenthal interviewed the author of this book—watch the webinar recording. 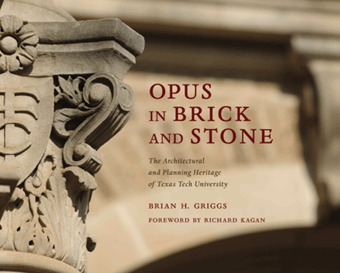 Published in 2020, the year of global pandemic in which many have questioned the relevance and value of physical university campuses, Opus in Brick and Stone is a powerful reminder of the role of place in the lives of all who interact with higher education. While the book describes in vivid and often entertaining detail the creation, growing pains, maturity, and rapid expansion of Texas Tech University, many of the experiences could be seen as universal themes connecting the essence of American colleges and universities to the campuses they call home. The book reads as a highly engaging narrative, replete with intriguing personalities, surprising coincidental circumstances, and the human and institutional nudging of fate in the evolution of a university campus. While centered on campus planning and architecture, it is also broadly informative in all things Texas Tech. At 352 pages, it is an in-depth tome likely to be of interest to not only architects and planners, those in higher ed leadership, and Texas Tech alumni, but also those who enjoyed Devil in the White City by Eric Larsen, along with other stories of highly ambitious and often circuitous development projects.

Peppered with photographs, site plans, and other graphics, Opus in Brick and Stone vividly illustrates the fascinating story of the first American university to embrace Spain as a source of architectural expression. Author Brian H. Griggs, a Texas architect with evident interest in tracing design ideas to their roots, includes an entire chapter of referential case studies taken from both travel in Spain and precedent publications. He notes that William Ward Watkin, the architect most responsible for shaping the Texas Tech campus, began his design efforts working from the rather limited range of book sources on Spanish architecture in the United States in the 1920s.
Watkin’s mentors Ralph Adams Cram and Bertram Grosvenor Goodhue will be familiar to those exposed to early twentieth-century architects prevalent on many university and college campuses. Precedents such as Rice University in Houston and Cram’s designs for the Houston main public library, World’s Fairs from the 1893 Columbian Exposition’s Texas State Building, the 1905 Lewis and Clark Fair in Portland, and the 1915 Pan-Pacific International Fair in San Diego served as inspiration for Watkin to propose the Spanish Revival-style to the founding trustees of Texas Tech. With its flamboyant heraldry and elaborate decorative motifs on otherwise spare volumes, one could imagine the appeal of the Estilo Plateresco-style—a particularly ornamental Spanish Revival mode inspired by silver jewelry and adornment—bringing exuberance and prestige to the relatively flat and seemingly featureless landscapes of West Texas. American architectural interest in Spanish Revival styles was boosted in the rebuilding of Santa Barbara, California, after its 1925 earthquake and continued until the 1936 Spanish Civil War brought to question the associated romanticism with importing Spanish architecture styles.

Organized into four chronological parts that narrate the history of Texas Tech, the book begins with revealing the various motivations, politics, business influences, competing statewide agendas, and serendipity that led to the beginning of Texas Tech in Lubbock, Texas. Intertwining consequences, intended and not, such as the 1914 burning of the College Main at West Texas State Normal College and the impeachment of Texas Governor Ferguson, are described in vivid detail as contributing events to the founding and location of Texas Tech. Likewise, bizarre coincidences involving Houston’s Shamrock Hotel, Frank Lloyd Wright’s run-in with a seven-year-old girl at an AIA convention, and a Life magazine whiskey advertisement weave historical narratives of Texas architects and their legacies with the founding and expansion of the Texas Tech campus.

Part II, Survival, could be likened to adolescence in which the young college overcomes numerous challenges that shape and strengthen its course of development. This period reads as a classic situation of laying the railroad while running the trains—literally relating the conflicts over putting down roads to connect the campus with its primary stone quarry source. Enrollment ebbed and flowed, doubling in the College’s first three years, then eking out survival through the Dust Bowl, Depression, PWA funding, and World War II, which dropped enrollment to half of its 1939 total. Visionary and politically connected leaders positioned for increasing state funding support, while architect Watkin continued to advocate for the Estilo Plateresque-style through value engineering in programs, plans, and materials. Although clearly imported, the style adapted to some climatic and programmatic considerations that translated to campus plans for courtyards, arcades, thermal mass stone walls, and clay tile roofs.

After a detour into Works of Inspiration (Part III) drawn from Spain and texts on Spanish architecture, Part IV, Growth, traces Texas Tech development in the generations after its founding leaders. Issues of declining institutional memory, ongoing financial compromises and political pressures, and the introduction of cars on campus conspired to adversely impact the quality of the campus. Through periods of extreme growth that added a thousand students every two years, rising costs, waning craftsmanship, and a wave of modernism, new campus additions veered far from Estilo Plateresque. In a fortuitous move to hold onto some of the founding ambitions, Nolan Barrick, a student, employee, and son-in-law of William Watkin, became both chair of the architecture department and campus architect.

A corresponding shift in 1958 established a campus planning committee, distributing responsibility for maintaining the vision. Seven new high rises in 10 years, a 1970 devastating tornado, and the end of boom times serve as a potent reminder of the value of agility, foresight, and historical perspective in campus planning.

Coming of Age, the concluding Part V, describes the forces, tensions, and occasional victories as Tech burgeoned into a major national university. At its 50th anniversary, it became the only public university in Texas with both medical and law schools and all on the same main campus. And then there was football. Under continual pressure to grow the stadium to accommodate increasing crowds after admission to the Big XII conference, Tech expanded downward, excavating to a lower field with room for 14,500 new seats. As a powerful educational, agricultural, cultural, and entertainment institution, Texas Tech has fueled pride and regional economic growth, often struggling to hold onto its founding vision. Architectural design and the recognition in recent decades that collective spaces and their “feel,” beyond style alone, can define a campus are embedded in Texas Tech’s identity and success.

In reviewing Opus in Brick and Stone, I would like to leave you with several questions to whet your appetite for first-hand reading and provoke consideration of the impact of decisions about campus architecture as our contextual perspectives inevitably evolve over time:

Opus in Brick and Stone provides valuable lessons and intriguing points of reflection on and departure from these existential questions about our campuses and their physical form. 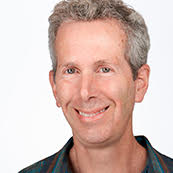 Engage with the Reviewer