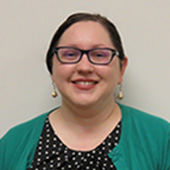 Stephanie Henyard is systems administrator for the Society for College and University Planning (SCUP). From reporting to software development and implementation, she supports all technology efforts of the organization. With her passion for documentation and training, Henyard enables colleagues to leverage a broad spectrum of tools to better support SCUP’s members and mission.

Henyard previously worked as an IT project coordinator at Borders Group, Inc., where she ran an IT helpdesk that supported retail locations nationwide. It was in that role she first became editor of the company knowledge base and found the value in well-written training materials. She hasn’t stopped writing documentation since.

As an Ann Arbor-area native and graduate of the University of Michigan with a degree in film arts, you can find her at the Ann Arbor Film Festival every March, soaking in the latest in experimental film.