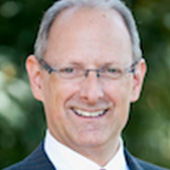 Robert M. Specter is principal consultant at Specter & Associates, which provides financial and administrative management services to the higher education sector. Specter has served as vice president for administration & finance at University of Maryland, where he initiated planning for improvements to the College Park neighborhoods surrounding the university, as vice president for finance at the University of Delaware, and as chief business officer of 1743 Holdings LLC, a wholly-owned subsidiary of that university that owns and is redeveloping a 272 acre former Chrysler automobile assembly plant site into a new science and technology campus. He co-founded First State Marine Wind LLC, which built and operates a 2.0 milliwatt wind turbine as part of the University of Delaware’s research and development in alternative energy technologies. Earlier in his career, Specter served in vice presidential roles at Oregon State University, Montana State University, and at the City University of New York. He was a charter member of the US Green Building Council’s Cascadia region, is active in Financial Executives International, and has served in leadership roles in a variety of professional councils and civic organizations. Specter earned his bachelor’s degree at the University of Rochester, an MS at the New Mexico Institute of Mining and Technology, and an MBA at Arizona State University.