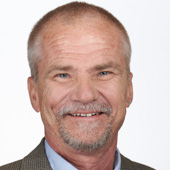 Dr. Paul A. Dale was appointed president of Paradise Valley Community College (PVCC) in March 2010. He served in the capacity of interim president during two previous time periods. – from August 2008 to March 2010, and from August 2003 through September 2004. Dr. Dale has been an administrator at PVCC since 1997 where he served initially as the Associate Dean of Student Development, and then, most recently as the Vice President of Learning Support Services. As Vice President he provided leadership for the student development, learning support services, and learning technology services areas. Prior to coming to PVCC he was one of the founding administrators for Northern Arizona University – Yuma, a new branch campus.

Dr. Dale has always made a strong commitment to involvement in his community. He currently serves on the Abrazo Hospital – Scottsdale Campus Board of Trustees, the Northeast Phoenix Neighborhood Action Alliance and the Foothills Caring Corps Board of Directors. Past activities include Board of Directors for North Phoenix Chamber of Commerce, and Maricopa Colleges Foundation, President of the Boards of Directors with United Way of Yuma County, Yuma County Town Hall, and Yuma Leadership.

Dr. Dale is a San Francisco native. He received his BS in Sociology from Iowa State University, his master’s degree in counseling from the University of Wisconsin-Whitewater, and his Doctorate in Educational Leadership from Northern Arizona University. He is married to Sylvia Piceno and they have two children.