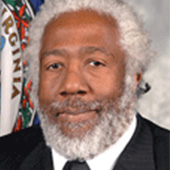 Dennis Jones has spent 32 years working in the financial services area of higher education. He began as an accountant for the Eastern Illinois University Foundation and then became the EIU Foundation’s assistant treasurer in 1996. Jones then joined Virginia State University as an accounting manager and progressed to become the assistant controller. In 2005, he started as VSU’s budget director. In 2014, he moved to Norfolk State University as the executive budget director.