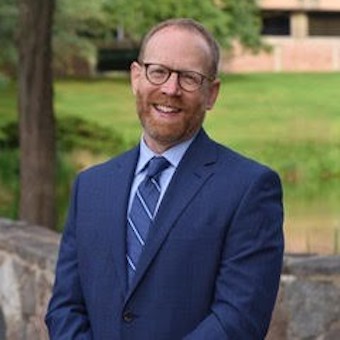 David Gier is Dean of the University of Michigan School of Music, Theatre & Dance and Paul Boylan Collegiate Professor of Music. In addition to providing academic, artistic and executive leadership to SMTD, he is deeply involved in Michigan’s Arts Initiative, and also serves on the Executive Committee of the National Association of Schools of Music.  From 1995 to 2018 he taught at the University of Iowa, where he served as director of the School of Music beginning in 2010.  Dean Gier led the School of Music at Iowa during a particularly tumultuous period in the institution’s history, as it worked to recover from a devastating flood that destroyed much of the arts campus. During his tenure, Gier initiated a number of innovative curricular and programmatic changes, and was deeply involved in the planning, design, and construction of the Voxman Music Building that opened in 2016.